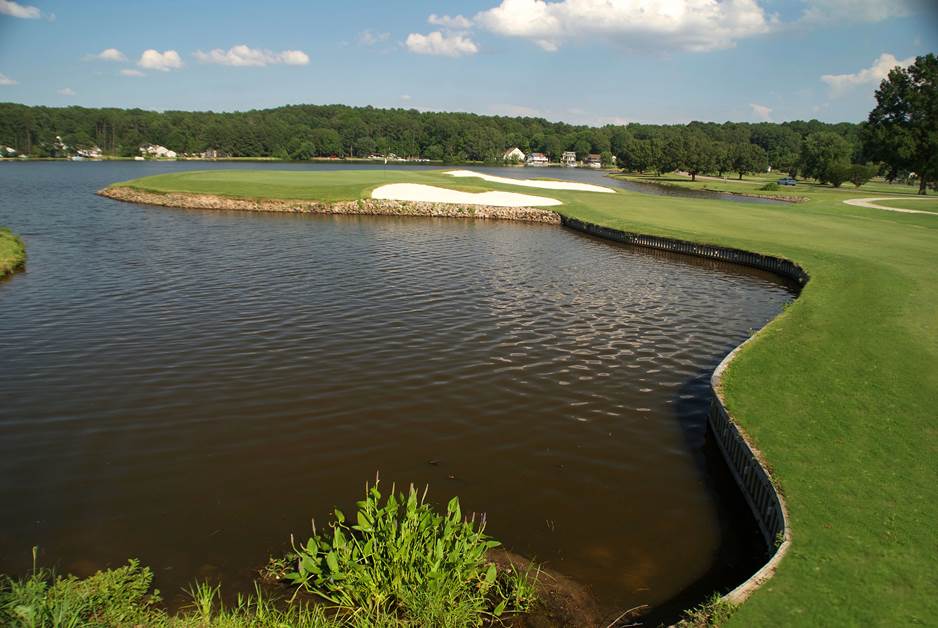 The first of the two 18-hole courses that make up the Carolina Trace private golf community is the Lake Course. Designed by Robert Trent Jones, Sr., the Lake Course opened for play in 1971. Winding around the 315-acre Lake Trace, the Lake Course's captivating views can make maintaining focus on one's golf game exceedingly difficult.

Each hole provides five sets of tees, Black, Blue, White, Gold, and Red, for players of all skill levels. The Black tees are sloped at 139 and the Red tees at 124. The generous-sized fairways are Bermuda grass with the greens featuring Mini-Verde, an ultra-dwarf Bermuda. The Lake Course greens were renovated with Mini-Verde in 2011.

The Lake Course layout features picturesque views accompanied by championship designs, notably on the 6th and 8th holes, each a par three with dramatic downhill tee shots. The 13th hole is also a par three, with the vast expanse of Lake Trace as a panoramic background. Two par fives on the back nine, the 14th and 18th holes, provide risk-reward options for charging the green in two big shots. Both holes are bordered by water on one side with an inlet of Lake Trace to traverse on the second shot. An added challenge to the 18th hole is the 80-foot drop in elevation over its 507-yard layout.

In 2015, the Lake Course went through a major renovation guided by renowned golf course architect David Whelchel. Tweaks touched all aspects of the course aside from greens: removal of trees for improved sight lines, re-contouring of fairways, new cart paths, bunker additions and removals, and tee box leveling and expansion.

Back to Top
Please enable JS